To share your memory on the wall of Obdulio Albarran Ruiz, sign in using one of the following options:

He was a loving man of God.

He was the husband of Dominga Albarran.

He was a loving man of God.

He was the husband of Dominga Albarran.

Born in Utuado, Puerto Rico, he was the son of Gabriel Albarran and Emilia Ruiz.

Obdulio worked for over 30 years at Elge Precision Machining Inc., Reading, PA as a machine operator.

He was known as the King of making Pasteles by his family and friends.

He was pre-deceased by 3 brothers and 1 sister.

A viewing and service will be held Friday from 11 AM to 2 PM in Henninger Funeral Home, Inc., 229 N. 5th St., Reading. Burial will follow in Charles Evans Cemetery.
www.henningerfuneralhome.com
Read Less

To send flowers to the family or plant a tree in memory of Obdulio Albarran Ruiz, please visit our Heartfelt Sympathies Store.

We encourage you to share your most beloved memories of Obdulio here, so that the family and other loved ones can always see it. You can upload cherished photographs, or share your favorite stories, and can even comment on those shared by others. 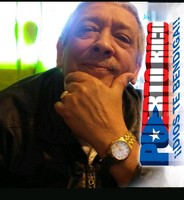