To share your memory on the wall of Harold Frankel , sign in using one of the following options:

He and his wife Judith L. (Sams) Frankel celebrated their 61st wedding anniversary in March of 2020 in solitude thanks to COVID19, however their 4 childre... Read More
Harold J. Frankel, 82, passed January 12th in Frederick Living, Zieglerville, PA.

He and his wife Judith L. (Sams) Frankel celebrated their 61st wedding anniversary in March of 2020 in solitude thanks to COVID19, however their 4 children, 10 grandchildren, and 2 great-grandchildren sent their love via phone, Facetime, and Zoom. And with a 3rd great grandchild on the way, the family that Harold and Judith started is continuing to grow.

Harold was born in Brooklyn, New York as the son of the late Jacob and Rose (Polonsky) Frankel. Harold and his late sister, Dorothy, were popular amongst the local kids thanks to their parents running a local candy store. As a teenager, Harold gained local fame as a Duncan yo-yo champion, and according to longtime friend Howard, Harold would put on demonstrations that would have the candy store packed with watchers standing silently in awe of his yo-yo skills. In his later years Harold would break out his gold Duncan yo-yo and show off his abilities – he never lost his touch.

Harold is a graduate of Fort Hamilton High School, Brooklyn, NY, and later went on to graduate from Thomas Edison State College, Trenton, NJ with a B.A. in Social Science and a graduate of New Jersey City University, Jersey City, NJ with a M.S. in Criminal Justice. If he ever got your ear, even if just for a few minutes, he’d either congratulate you on completing your studies, or encourage you to consider going back to school. He felt strongly that education, in any format, was critical in one’s own personal development. Between his four children, the group has earned 9 degrees, something he was very proud of.

His love of education led him to serving as an adjunct professor of criminal justice at Essex County College, Newark, NJ.

His frugality led him to exploring career opportunities in which uniforms were provided. As such, he served in the U.S. Air Force, Air Force Reserve and the New York Air National Guard. He was active in the Civil Air Patrol, the U.S. Air Force Auxiliary, starting as a cadet in 1954 and retiring as a Lieutenant Colonel.

During a brief relocation to the west coast, he served as a commissioner in the Juvenile Justice Commission of San Luis Obispo County, CA. And when he and Judy returned to east coast to be closer to his daughter, Hilary, who was starting a family, he became a member of the Community Youth Aid Panel of the Juvenile Probation Office, Berks County, PA. He retired as a Sergeant of the NJ Juvenile Justice Commission, Trenton, NJ.

To send flowers to the family or plant a tree in memory of Harold J. Frankel , please visit our Heartfelt Sympathies Store.

There are no events scheduled. You can still show your support by sending flowers directly to the family, or planting a memorial tree in memory of Harold J. Frankel .
Visit the Heartfelt Sympathies Store

We encourage you to share your most beloved memories of Harold here, so that the family and other loved ones can always see it. You can upload cherished photographs, or share your favorite stories, and can even comment on those shared by others.

The Marrows sent flowers to the family of Harold J. Frankel .
Show you care by sending flowers

Posted Jan 14, 2021 at 10:07pm
My deepest sympathy to the Frankel family. May the memory of Harold keep him forever alive.

Posted Jan 14, 2021 at 06:40pm
We are so sorry for your loss and have fond memories of Dad. May memories of him be a blessing for all who knew him. Our deepest condolences.

The Marrows purchased flowers for the family of Harold Frankel . Send Flowers

Posted Jan 14, 2021 at 06:19pm
Harold, As this tree grows may it bring comfort to those who pass beneath it and may you look down upon it with a smile knowing you're remembered. 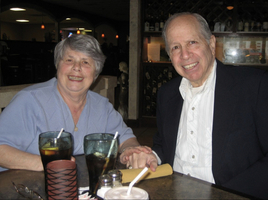